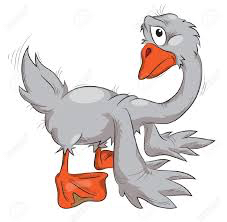 April 9th 2016 saw the release of what has become known as the “Panama Papers”. These documents stolen from the Panamanian law firm Mossack Fonseca, have encouraged discussion on Tax Havens, particularly by high taxing countries, as they attempt to “price fix” taxation on a global scale. It seems there are few voices that speak in favour of the virtues of low or zero income tax, but I am one. I write on this subject without taint, as neither I or any of my associates are clients of Mossack Fonseca.

As a child I was taught that if you take something that belongs to someone else without their permission it’s wrong. It’s called stealing and you shouldn’t do it. Yet isn’t that exactly what tax collectors do ? Sure its done under a statute, but no statute can convert a vice into a virtue. Statutory theft is still theft.

There is much talk by tax collectors, particularly in high tax jurisdictions, that they want to ensure everyone pays their “fair share” of taxes. But when you translate that statement, it really means the opposite. A genuine “fair share” of tax would mean that you pay your own way through society and don’t expect others to fund your interests. A user-pay system. To claim that a person has “more” therefore they should be subjected to a greater measure of confiscatory vice defies reason. If a member of a community pays their way through society and doesn’t create a burden for others isn’t that the ideal we should all aim for ?

Tax punishes success, so why would any government want to do that? It makes no sense. After all it’s the successful businesses within a community that foster meaningful employment that allows others a dignified opportunity to pay their own way through society. That’s what the term “fair share” of taxes should mean. Not a compulsory acquisition of private property to fund the interest of unrelated third parties.

Sir Louis the 14th Controller General of finance once observed:

“The art of taxation consists in plucking the goose so as to remove the most amount of feathers with the least possible amount of hissing.”

So whose feathers are they ? Aren’t they the asset of the goose?
Well that raises a relevant issue. Try this little experiment. Work out what percentage of your income you pay in tax…. lets say 40%. So if you work a 5 day week that means that all of Monday and all of Tuesday of every week you work for the state. When any third party, be it mafia, government, dictator, or warlord says, “I own your labour. You will work for me, and I will determine how much of your labour you can retain”, that’s slavery. Try and resist paying the 40% and as with all rebellious slaves you can expect to be to locked in a cage.

The bazaar anomaly here is that I am yet to find any tax legislation anywhere in the world that states you are required to structure your affairs so as to pay the maximum tax possible. Yet try and structure your affairs to minimise the “oppressive or burdensome obligation” and don’t be surprised if you’re victimised and defamed for your prudence.

But I hear you say, “you can’t run a country without compulsory income tax”. Well lets look at the facts. I could name a dozen or more countries that have no personal income tax. In fact if you look at the figures of the highest GDP (PPP) per capita, you find countries like Monaco, Qatar, Brunei, and UAE at the top end of the list, which have no personal income tax at all. Interestingly many zero tax countries are not “democracies” either, which is a clue as to why taxes increase over time.

Greece is a classic example. The father of modern democracy is clearly bankrupt. The people have voted the country coffers dry…. because they could. The words of Robert Heinlein are relevant here.

“Democracy often works beautifully at first. But once a state extends the franchise to every warm body, be he producer or parasite, that day marks the beginning of the end of the state. For when the plebs discover that they can vote themselves bread and circuses without limit and that the productive members of the body politic cannot stop them, they will do so, until the state bleeds to death, or in its weakened condition the state succumbs to an invader–the barbarians enter Rome.”
[Robert A. Heinlein, To Sail Beyond the Sunset (1987) page 223]

Mmmm not a good look for those who seek sovereignty, liberty and a laissez-faire society, which is clearly the alternative I support.

In case you’re wondering, yes I and my family pay our way through society. To expect others to fund my interests is immoral, and the opposite is true. Further, I endorse the practice of anonymous acts of kindness and generosity to the less fortunate in society, and with high taxation we can be sure there will always be plenty of them, and less charitable dollars available to personally help them.

So does the goose have any right to keep his feathers? Well, limit that right and don’t be surprised if he chooses to fly to a kinder environment, a sanctuary or a haven, while he can.