Women. The Silent Force That Shaped Our World… Thank You! 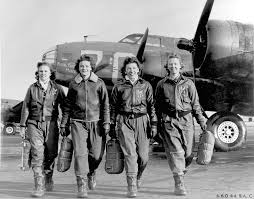 I have always been a seeker of truth, which has led me to the ancient Hebrew writings. As the meaning of anything can be found in its origins, I find much insight into life within these “teachings” that offer encouraging accounts of great women who have shaped our modern world.

Women discretely do what they need to do to get by. Sometimes they do things they are not proud of, sometimes quietly super-proud, but either way, I suggest it’s more often than not a badge of honor because of their motive, but often overlooked due to its lack of “noise”. It would be a grave injustice to society to ignore the fact that women have been the silent force that shaped our world for the better.

I often think of Moshe (Moses) sister. Who was she? What was her name? What did she do? You probably can’t answer these questions, yet she was a significant silent force that shaped our world.
We’ve all heard about the magnificent achievements of Moshe. He was the guy who was instrumental in liberating the Hebrews from 430 years of oppression in Mitzrayim (Egypt). We read of his life in the historical account found in book of Shemot (Exodus) in the Torah. Born in 1393BCE to Amram and Avigdor, he led 2 million Hebrews to liberty in 1313BCE.

But there was a silent force that positioned Moshe. At a time when Pharaoh had decreed all Hebrew male babies to be drowned at birth, Moshe’s mother Avigdor, risking her own life, defied the government of the day to protect her son. When the baby was still on the breast, she and Moshe’s older sister Miriam, strategized a plan to secure his future…. a plan that culminated in Moshe being raised by Pharaoh’s daughter in the Palace1. Wow !! And Pharaoh’s daughter? Who was she? … just another woman of the silent force that shaped our world.

Today our modern world has inherited much benefit from the teachings of this man of the east, Moshe. The right to private property ownership, our courts of appeal and jurisprudence, healthy eating habits, sound business principles, respect for women, functional monetary policy, guidance for family management, rules for peaceful co-existence, tips for longevity, and the list seems endless2. Basically the writing’s of Moshe guide us to avoid self defeating lifestyles and self destructing behaviors, but dare I say all this could not have ever come to fruition if it were not for the strategies of these two women Avigdor and Miriam.

Women. The silent force that shaped our world… Thank you!

What about this woman called Rahab. We are told she was a prostitute, but this “woman of the night” was obviously closer to God than her male “clients”. Her spiritual insight alerted her to a coming siege of her city so she identified and hid the Hebrew spies while on their reconnaissance mission, and assisted them in their escape. Coupled with her knowledge of current affairs, she saw the opportunity to break free from prostitution and protect her family – and she grabbed it with both hands! Her request of the spies she assisted was, “remember me when you take the city” and they honored their pact3. She and her family were rescued prior to the 7 day siege of Jericho in 1273BCE and to top it off, this “ working girl” then realizes her destiny all the way to the genealogy of Yeshua (Jesus)!4
She was a silent force that changed our world. Look at all the hospitals, schools, humanitarian organizations, and inventions that have been funded and built by those inspired by Yeshua. Have you ever thought what would happen if at noon today, all these projects were instantly and simultaneously removed from our communities? Massive turmoil would ensue within seconds. Imagine what our world would look like today if the genealogy of Yeshua terminated due to the absence of Rahab.

Women. The silent force that shaped our world…Thank you!

And while on the subject of the genealogy of Yeshua, I am arrested by the insight and wisdom of Yeshua’s mother Miriam (Mary). When Yeshua shared the magnitude of his dreams and destiny with his Mum, we are told that Miriam kept her silence5. A negative word from a parent to a child at the wrong time can stifle or crush greatness. Miriam, another feminine example of the silent force that shaped our world.

In reflection one of the greatest attributes I am identified with today was encouraged by a single sentence my mother whispered at the right time. Today I can affirm “The hand that rocks the cradle, rules the world” and so often that hand belongs to a woman.

Then there is the Queen of Saba (Sheba). Although Solomon has been recorded as the richest and wisest man the ever lived, the Queen of Saba in many ways serves as Solomon’s equal. Here is a woman that knows her worth. She is intellectually bright, asset wealthy, and adventurous. What a combination! In the 9th century BCE she travels on camel with her entourage and gifts to drop in on this wealthy King of the “United States of Israel”. The journey from the Red Sea district of Ethiopia and Yemen to Jerusalem was no mean feat, so did she go with no purpose in mind? I think not. She built an international ally with the major power broker of the then known world, and returned with a bounty of “whatever she wanted”6. To say she impressed King Solomon would be an understatement.

The Queen of Saba was no doubt a master of diplomatic relations and strategy, and a brilliant negotiator. Her story offers much encouragement to modern women and is a classic example of what can be achieved by women. But her story doesn’t end there. It is common knowledge in some circles that the Queen of Saba carried Solomon’s child in her womb back to Ethiopia and furthered the Hebrew bloodline. Her silence in this regard is of interest. Much speculation surrounds the Ethiopian role in near eastern importance, but what is not speculation is its history of gross political and military instability, to the point of pending genocide of many innocent Ethiopians. In May 1991 it was “Operation Solomon” that came to the rescue and airlifted 14,325 Ethiopian Jews from Ethiopia to Israel in 36 hours! This is not an isolated case of Ethiopian rescue by Israel. What if the Queen of Saba had not built diplomatic bonds with King Solomon? What if this Queen waged a war of jealously rather that a bond of affection? There is a lesson here for men in current political office and an encouragement for women aspiring to political leadership. No doubt, many families today would echo in gratitude and unison, that women are the silent force that has shaped our world… so again, thank you!

What about Esther the beauty pageant contestant who in 362BCE won the title of “Miss World – Persia” and became Queen of Persia. She kept her silence as she observed the injustice done to her fellow Hebrews and waited for the opportune time to utter a sentence that changed the lives of millions forever! The actions of this brilliant and gorgeous woman avoided the annihilation of a generation of Hebrews and led many to voluntarily adopt her lifestyle, and follow the teachings of the God of Abraham. Her achievements are relived in an annual global celebration in March each year known as “Purim”. Celebrated by millions worldwide, it is written up as “the most action packed, fun-filled day of the Jewish calendar”. Esther’s people could have been wiped out but for her. Today the “Jews” total less than half of one percent of the world population, yet account for more than 20% of Nobel Prize winners! Where would we be today had Esther not rescued these her people? They gave us Lasers (Jewish American physicist Theodore Maiman), Albert Einstein, the Pacemaker and Defibrillator (Jewish American cardiologist Paul Zoll), Stainless Steel (German Jewish chemist Hans Goldschmidt), Google (Larry Page and Sergey Brin), blue jeans (Levi Strauss), Science Fiction Movies (Steven Spielberg), music from George Gershwin to Bob Dylan, Barbra Streisand and Pink, Facebook (Mark Zukkerberg), Sarah Jessica Parker, Natalie Portman, Zac Efron, Scarlett Johansson and of course Borat (Sacha Baron Cohen).

Women. The silent force that shaped our world…Thank you!

1 Shemot (Exodus) chapters 1 and 2
2 When I began consultancy on business and lifestyle matters I was getting $15,000 for a full day of consultancy. My clients were amazed at the principles and strategies I was able to share with them, yet I was always compelled to confess that they were not of my wisdom, but that which I had learned largely from the writings of Moshe and the Scriptures.
3 Joshua 6:17
4 Matthew 1:5
5 Luke 2:51
6 1 Kings 10